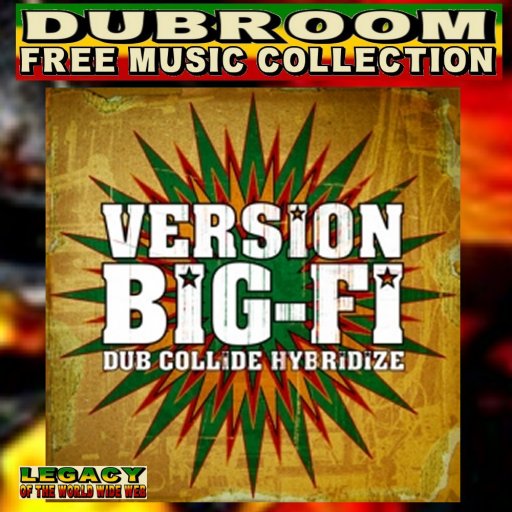 WWW, June 2009 - In part two of their "Collide Hybridize" double album, the UK based DUB collective take their riddims for a Double DUB tour. The result? Over 40 minutes of double layered echoings, weird transformations and other mystic studio productions.

When it comes to DUB, Version Big-Fi must be credited with not only an original approach, but also with a progressiveness which might very well turn out to be heralding a new style within the disciple or remixing Drum and Bass driven music.

In other words, Version Big-Fi take the technique called DUB to relatively unprecedented levels. We already saw the phenomenon of "mash-up's", online remixes and combinations of known tunes which the Version Big-fi definitely integrate in their works, but to simply point out to these "mash-up's" (sorry, didn't invent the name) wouldn't justify their art.